Day 3 of my trip was a Sunday. I didn’t mention before, but the weather was so nice during my stay in New York City. Coming from cold, dark, windy, and gray Copenhagen, it was nice to be in a sunny and warm NYC. In fact, apparently it was one of the warmest December days in NYC history.

So we decided it would be a nice day to take the Staten Island Ferry so we could see the Statue of Liberty. It was actually a tip from a friend who is a native New Yorker. Thanks, Heather. :o) She informed me that it was free, and everything is better free, right? 🙂

After some snap shots of Lady Liberty, it was time for lunch! The kind of lunch I had been looking forward to for maybe my entire life. One of the most important things on my list of things to eat while in New York City was pizza. I had to try real authentic NY pizza. It was really hard to choose where the one place we would eat pizza at would be, as there are a lot of great places in NYC to eat pizza. So after a lot of consideration, we decided to try Lombardi’s!

It is said that an Italian immigrant in NYC reinvented the Napoletana style pizza in 1897, and thus opened the first Pizzeria in the United States in 1905 called Lombardi’s. I had to try the first pizzeria in the U.S.!

When we got there a line was out the door, and we had to be put on a waiting list, but incredibly enough in less than 10 minutes our name was called and we were seated. The place looks small from the outside but it was surprisingly quite big inside, and very busy. We were taken in the restaurant, through the kitchen and around some corner and to our seat.

We ordered a pepperoni pizza and two sodas, but there were locals there alone eating a whole pie by themselves. That looked challenging as the pizza is quite big, but I guess if I lived in NYC and was able to swing by Lombardi’s during my lunch break, I would. :o)

The pizza tasted amazing. One thing that stood out was the mozzarella cheese. It was so different, stringy, but a bit firm. I really liked it. The sauce was great too, and I would love to try other things on the menu next time. You should definitely try Lombardi’s Pizza if you are ever in NYC. It was one of the best pizza’s I’ve ever tasted. The food was served pretty quickly, the atmosphere was relaxed, and the service was good. It was also a cozy place and of course Frank Sinatra’s New York New York was playing at some point during our meal. 🙂 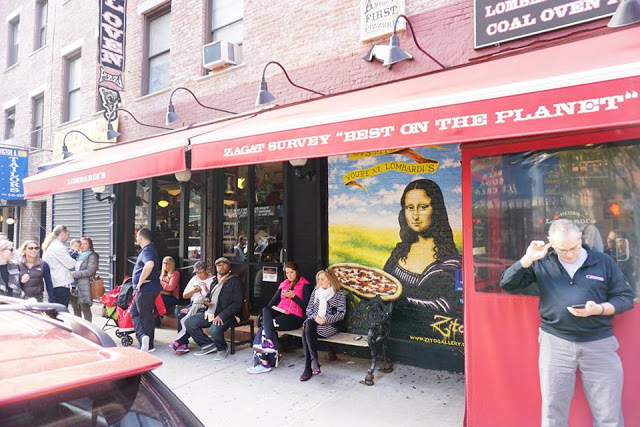 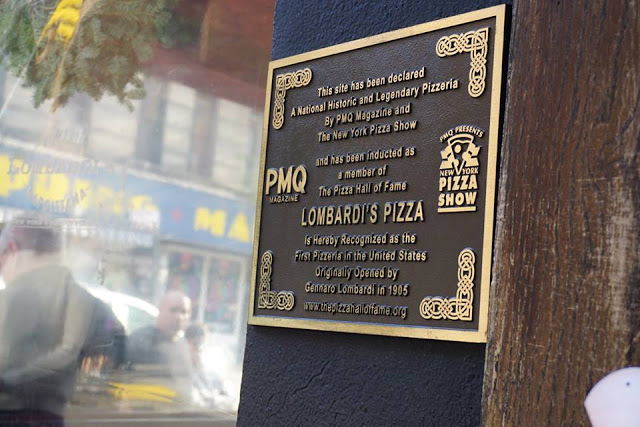 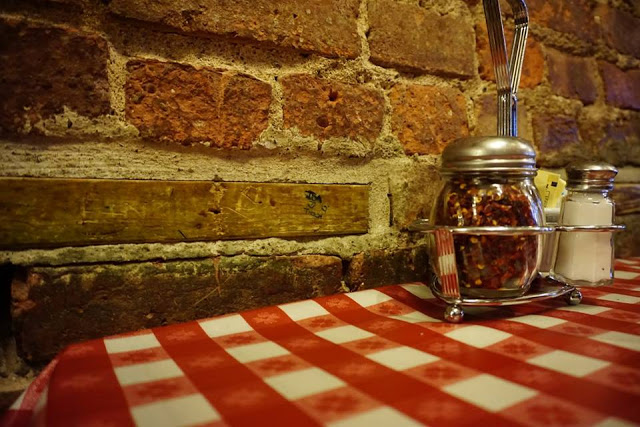 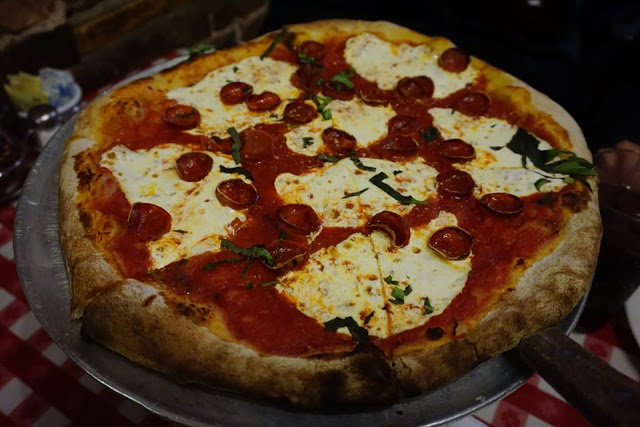 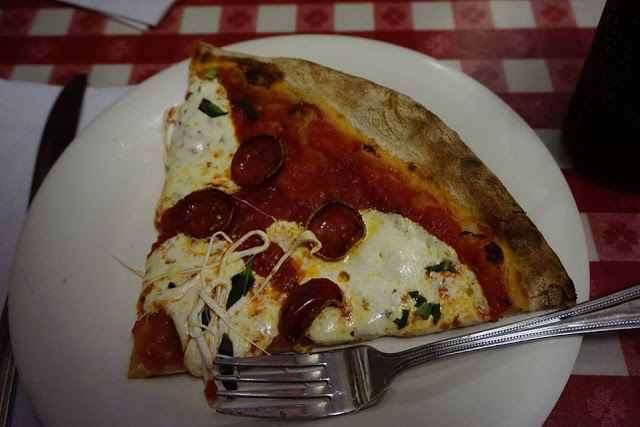 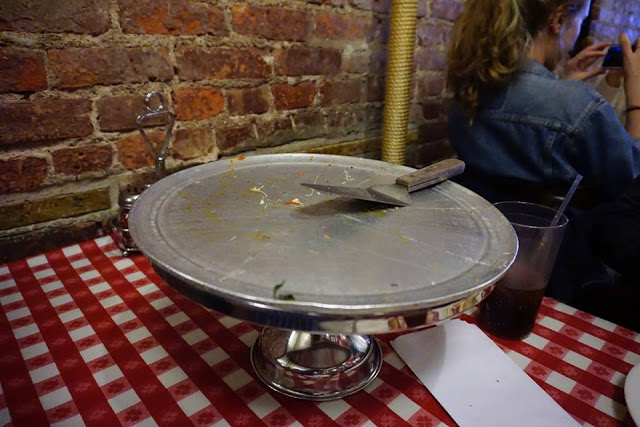 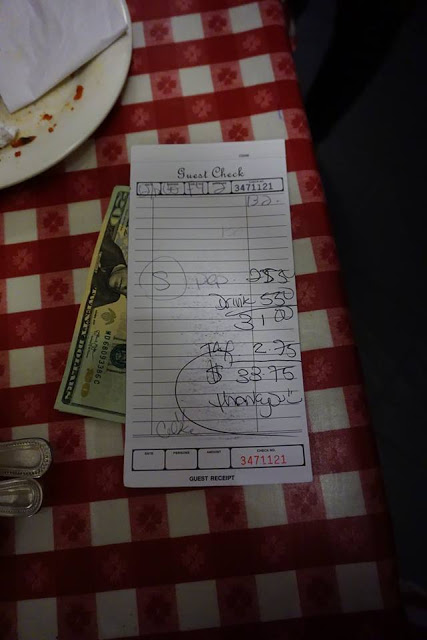 After lunch we walked around Little Italy and China Town, and decided to walk towards our hotel from there. By this time NYC was in full swing, and we ended up in SoHo in the midst of Sunday shoppers. I noticed a gourmet food store that I had heard of before and seen on TV so we decided to pop in and take a look.

It reminded me of the upscale food store at Magasin Du Nord in Copenhagen, but on a larger scale. It was super crowded in there and everything was really expensive. We decided to get some dessert to eat later in our hotel room. The prices were by weight so I had no idea what I was getting myself into. We ended up ordering two Key Lime cookies, and two Dark Chocolate Dipped Heart Shaped cookies. When she told me the price I was a bit shocked, and felt like changing my mind. Basically these little tiny cookies were the most expensive cookies I’ve ever bought, $8.40.

I bake a lot myself and I know how cheap it is to make cookies, and I get that this is an upscale store, but come on, those prices are a little crazy. All in all I enjoyed the heart shaped cookie more than the KeyLime one, but I wouldn’t say they were amazing or anything. It’s definitely an interesting place, but just beware of buying things in the bakery section where the price is a bit of mystery. Perhaps you can ask ahead how much might this be and not feel inclined to buy it if the price seems too high to you. 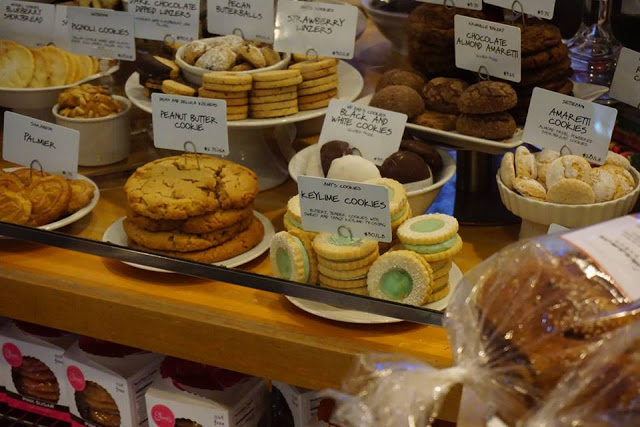 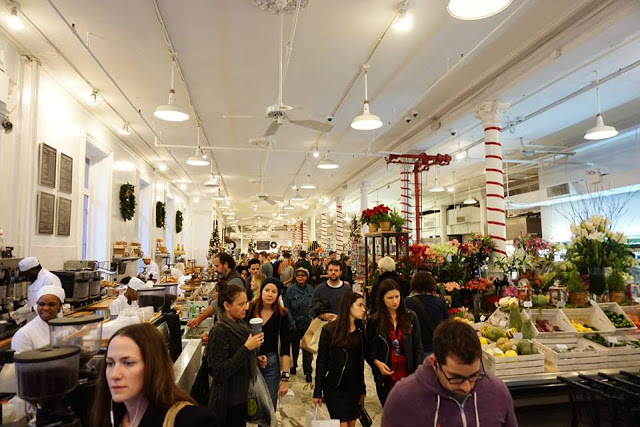 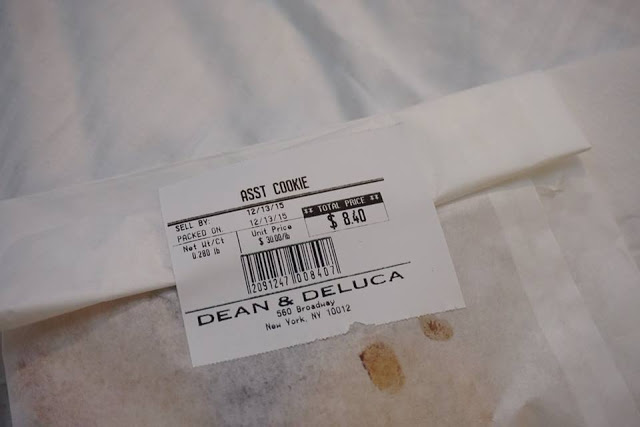 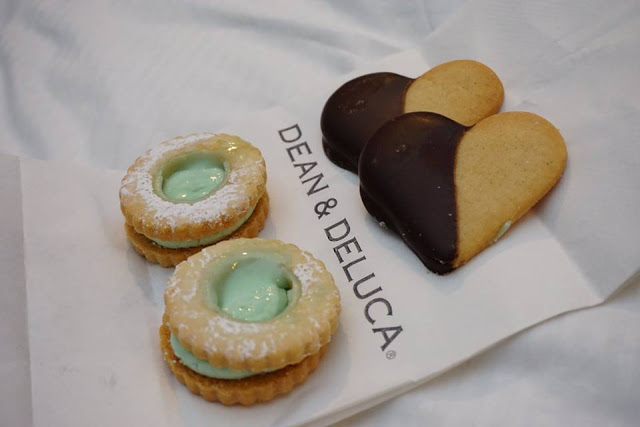 Later that evening we decided to eat dinner near our hotel once again. We thought it would be nice to eat a steak with bearnaise sauce at a restaurant, that is if we could find one. I think it’s more common in the U.S. to have steak sauce with steak, but in Denmark and other parts of Europe it is more common to eat it with bearnaise sauce. I never had this kind of sauce before I moved to Denmark, but it tastes amazing, especially if it’s homemade.

So there happened to be a place near our hotel with just that called Brasserie Les Halles.

Brasserie Les Halles is a french brasserie style restaurant. It had a great atmosphere, beautifully decorated for Christmas, and was so cozy inside. We both ordered the Filet de Boeuf with bearnaise. The steak was so tender and juicy, the fries were really thin and crispy, and it also came with a side salad, house made bearnaise and some sourdough and rye bread. This was the real deal, what a restaurant should be, freshly prepared food, all homemade, and tastes great. I would definitely go back here again next time I visit NYC. It cost $38 for this particular steak meal, but in NYC for dinner at a restaurant I feel like that is a good price, especially when the food is at such a high standard. 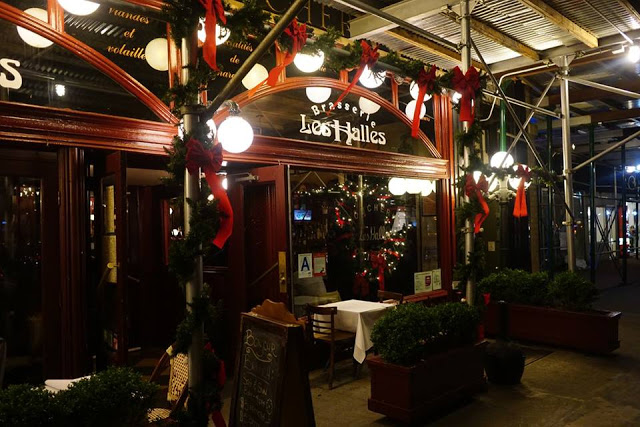 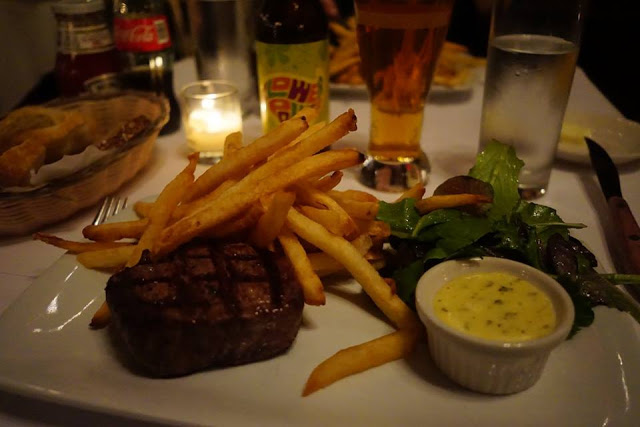