Rice Krispie treats are a classic American dessert. Growing up in the U.S. this is something I often ate as a snack. My mom made them for me, and at school these would be made and sold at bake sales. No matter how many times I ate them, I never got tired of them. They are so yummy, and they are so easy to make. Perhaps the whole world knows about this recipe by now, but in case you don’t here it is. It is the recipe directly from the Kelloggs website.

One thing I must emphasize is to use quality ingredients. Generic brands of rice krispies can make the treats soggy, and margarine, can make the rice krispie treats seem too oily, and marshmallow fluff just makes them taste strange imo. Hope you enjoy these treats! :o) Recipe is below, and video on how to make them is here . 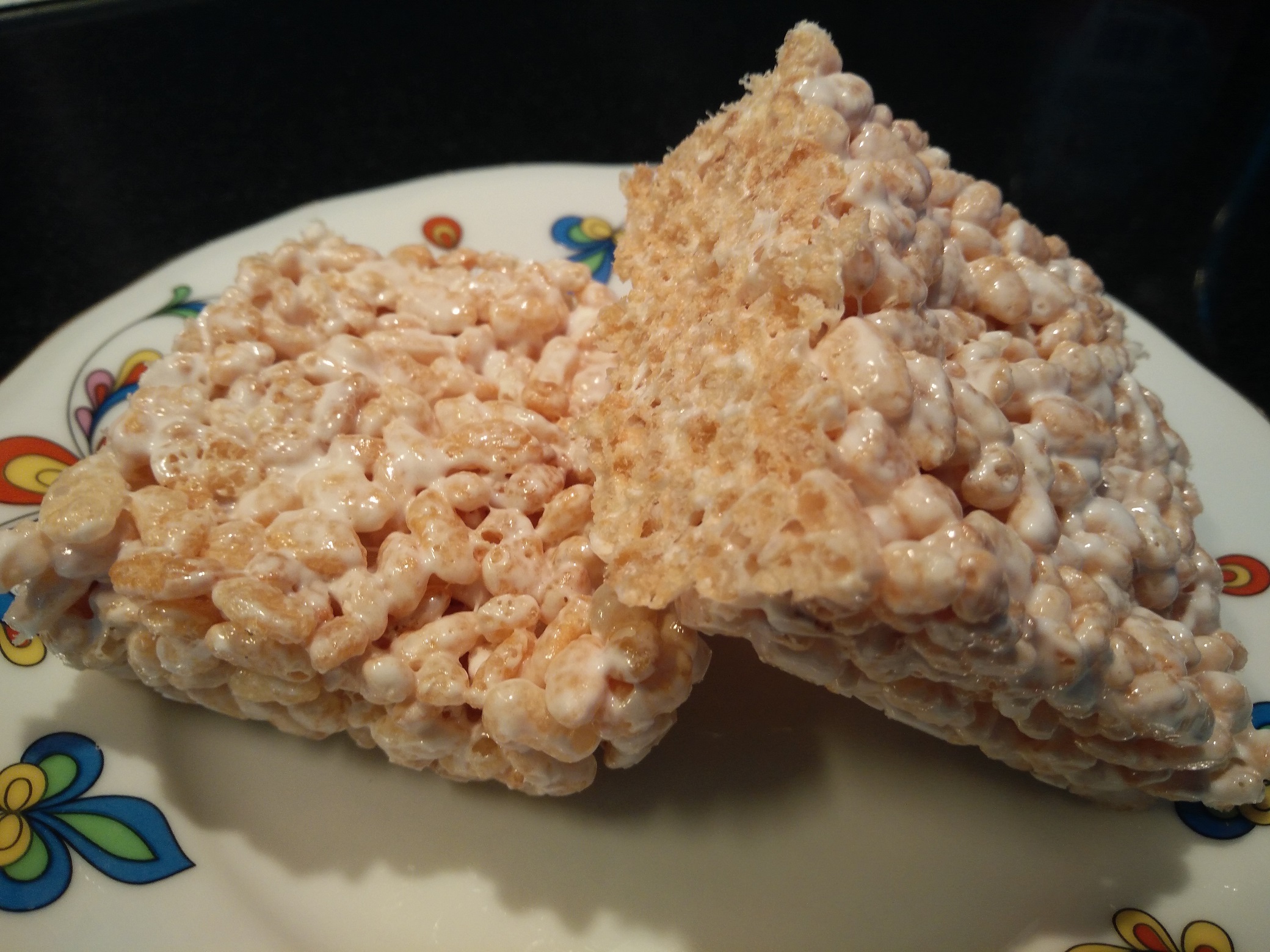 Every time I buy strawberries in Denmark, I always feel like there is this time pressure of eating them all since they go bad so quickly. So last month I decided to make strawberry muffins using leftover strawberries. I found a really good recipe online here but changed a few things, and the end result was so yummy. The original recipe had cinnamon sprinkled on top of the muffins, and although I love cinnamon, I just thought it was weird together with strawberries, so I omitted that, but I thought of something even better. White chocolate! White chocolate and strawberries together? Sounded so delicious!

The muffins came out really moist and light, and the white chocolate adds this extra gooey vanilla goodness. Together with the fresh fruit, it’s really tasty. 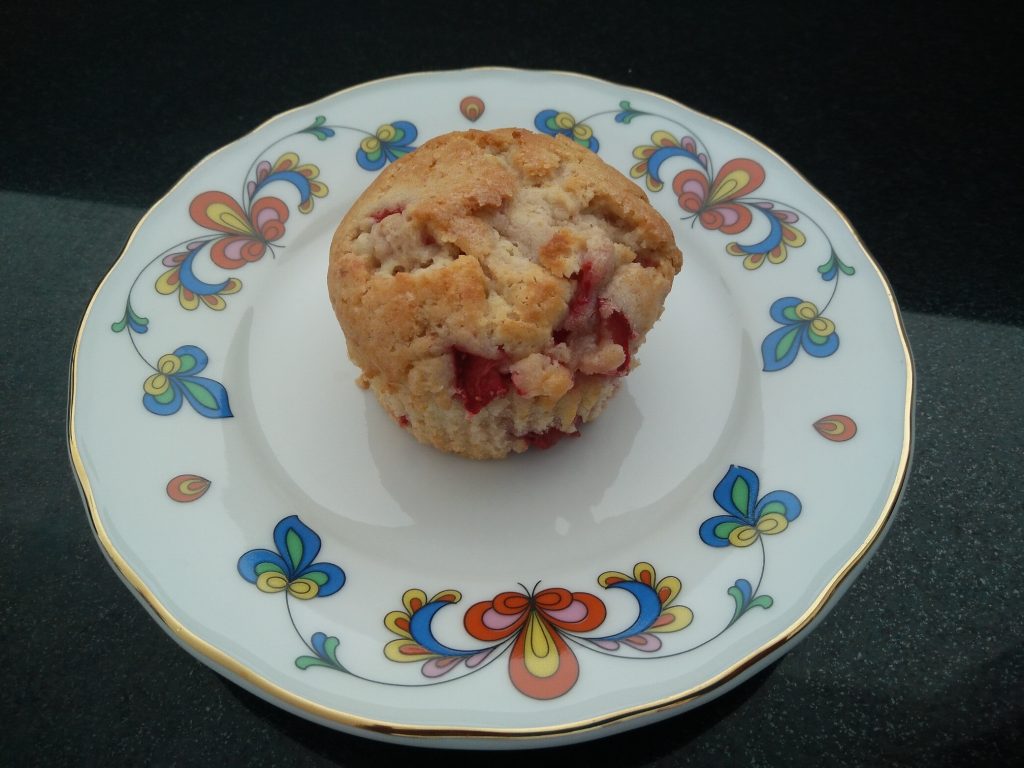 So here is the recipe for strawberry white chocolate muffins! I hope you like it! :o) 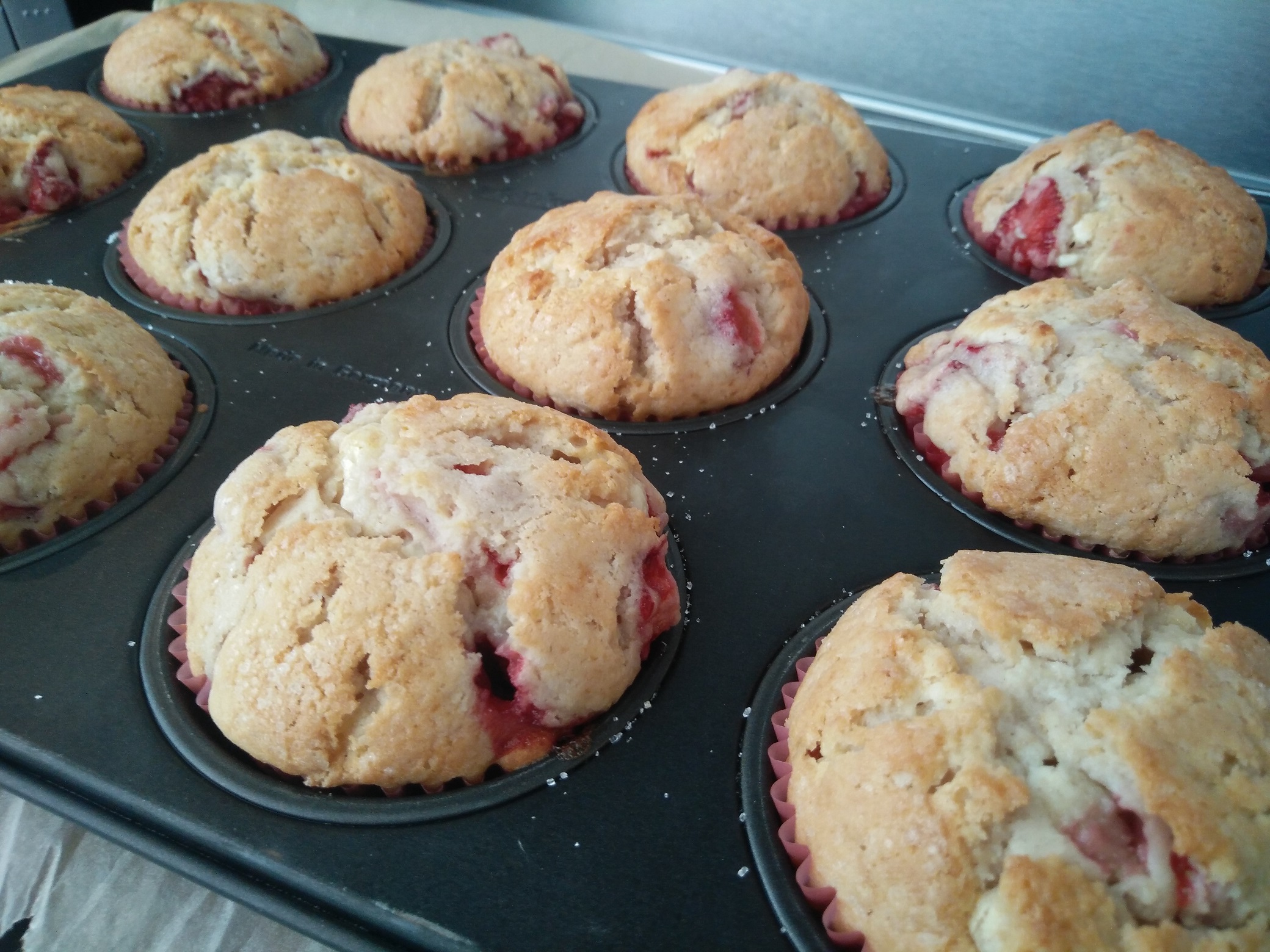 You can also make this recipe with blackberries or raspberries or any other kind of berries.

One of the best things about living abroad as a foreigner is that you get to meet people from all over the world. You learn about different cultures, languages, and food through these new people you meet that you might not otherwise know. One of my friends in Denmark is from Brazil, and one day she made Pão de Queijo for me. It is a Brazilian cheese bread that is typically made with cheese, tapioca flour, egg, milk, and some kind of oil. It is a really popular snack in Brazil and can even be found at supermarkets, and bakeries. It can be eaten for breakfast as well as just as a snack. It has a very unusual texture. The outside is crunchy, but the inside is soft, and has this cheesey firm gooeyness to it that is hard to describe, but really tasty. They are like these little light puffs of cheese. 🙂 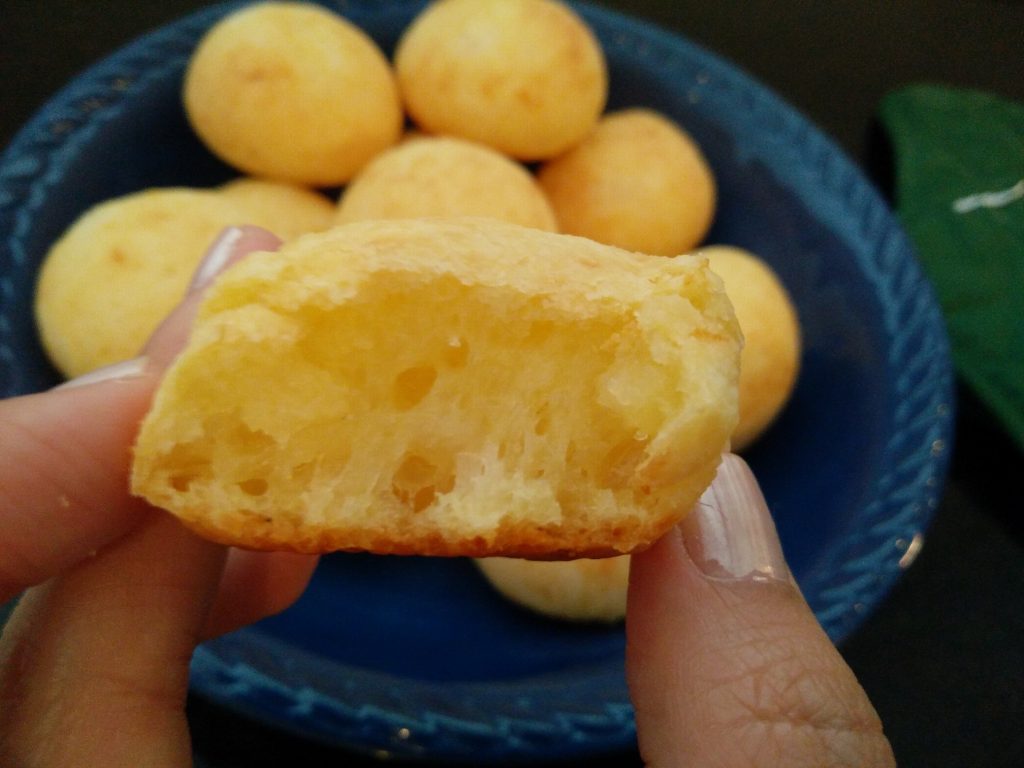 There are several different methods and variations of ingredients to making Pão de Queijo, as I found out by searching for a recipe online. Some people blended all of the ingredients together in a blender, poured the very liquidy batter into mini muffin tins, and baked them. Some people used mozzarella cheese or cheddar, some cooked the ingredients before baking and some didn’t, but I wanted to make them like my friend did. She used parmesan cheese, and formed the dough into balls before baking them. Rather than ask her for the recipe (since I think she just googled it) I just searched for one online as well. I found a recipe similar to hers here.

I decided to make half of the recipe, and I substituted salted butter for oil. I also reduced the salt. So this is the recipe I came up with in the end and the Pão de Queijo came out perfectly. Try it out if you want, and remember that they are best eaten warm. :o) 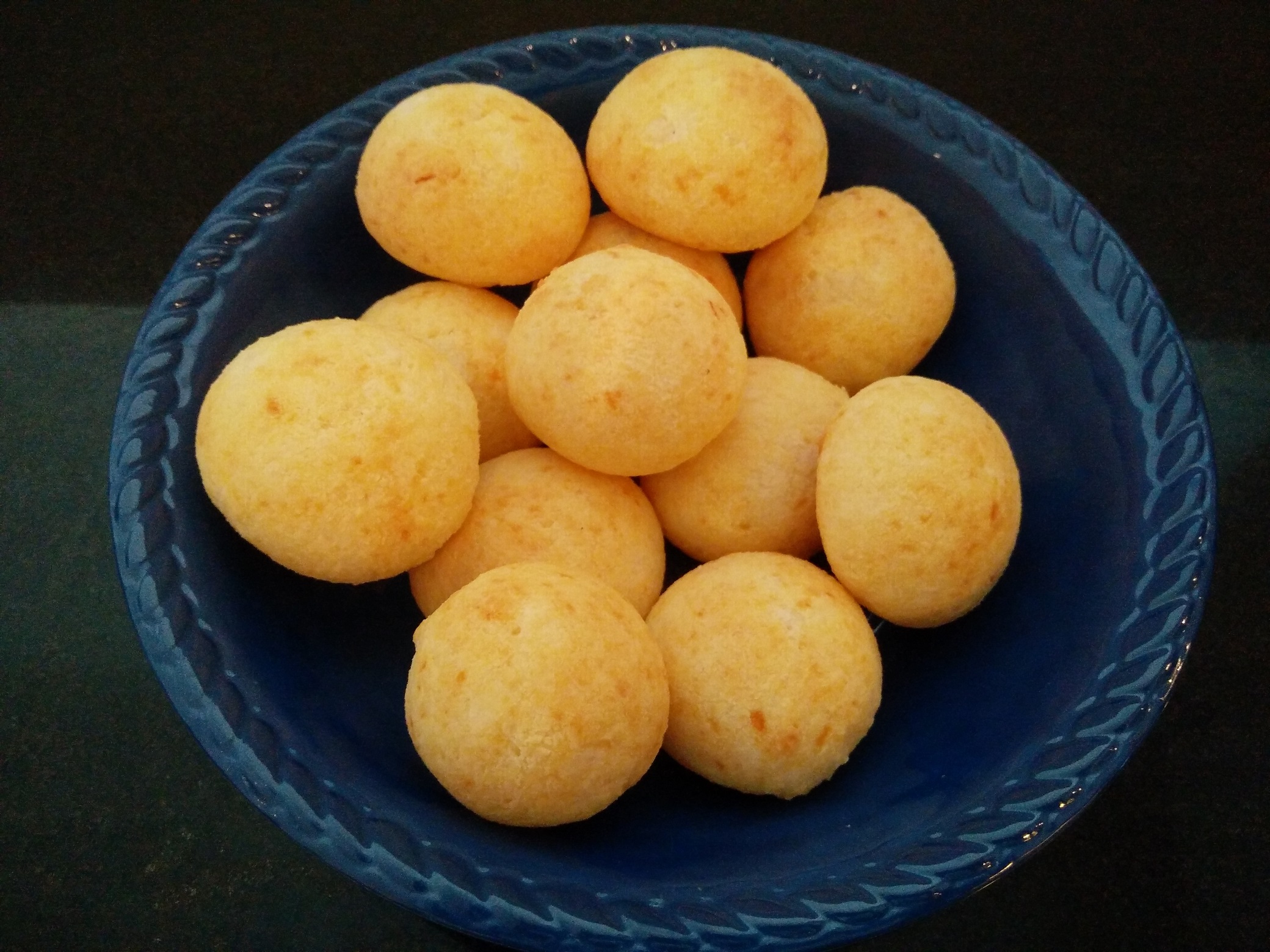 When shaping the dough into balls, you might want to lightly oil your hands to prevent sticking.

If you live in Copenhagen, Denmark you can find tapioca starch/flour at Kabul Market outside Central Station. I could not find it when I was there so I had to ask and it’s no wonder I couldn’t since it’s mostly written in Thai? 🙂 I don’t know. It looks like this: 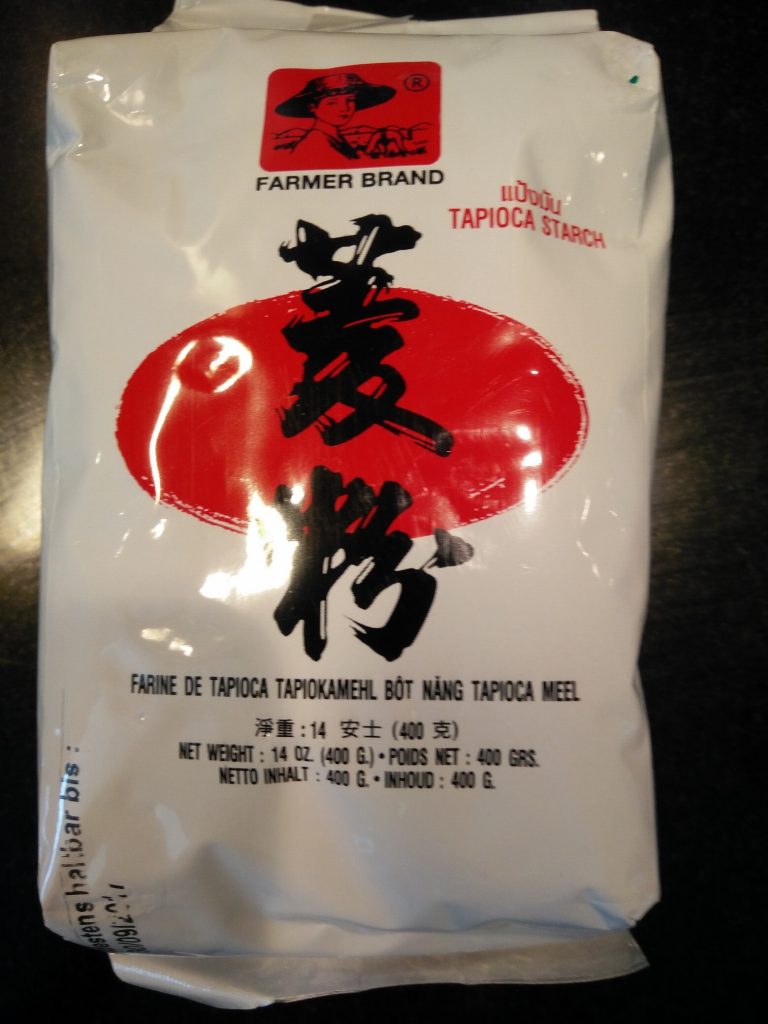 Hope you like them. Pretty easy to make. This was my first time making them and I imagine the next time will be easier. 🙂 I also made a video which I will upload soonish. 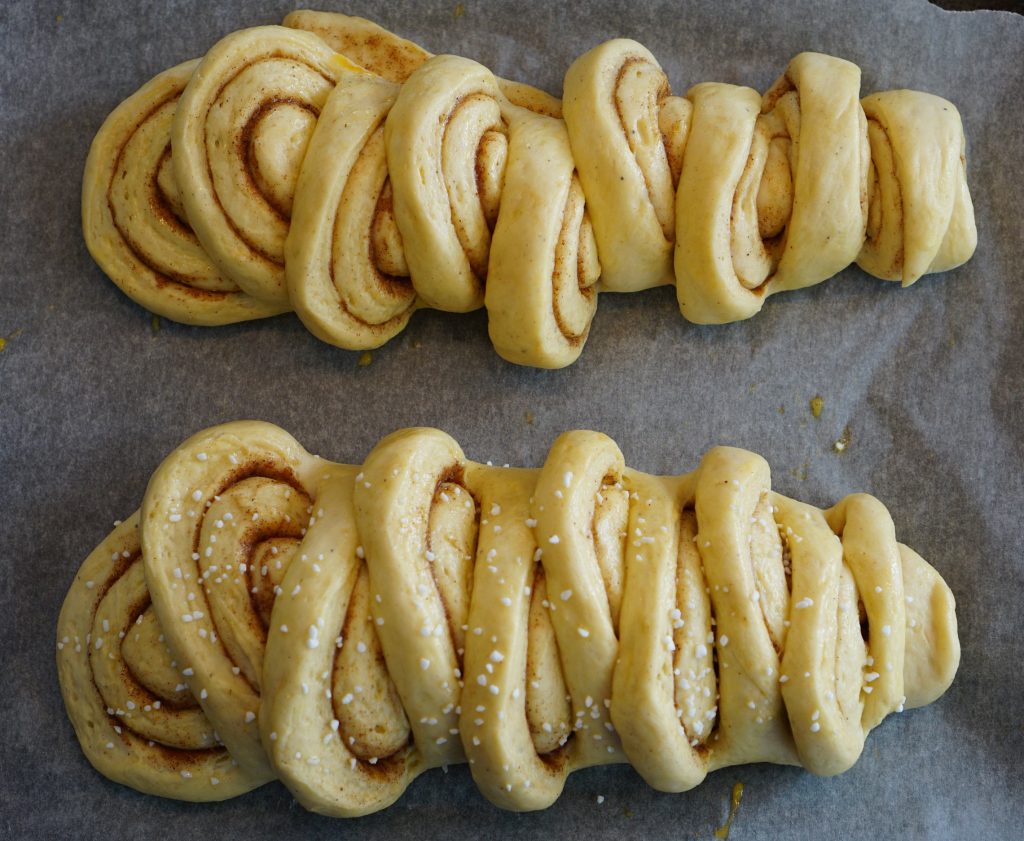 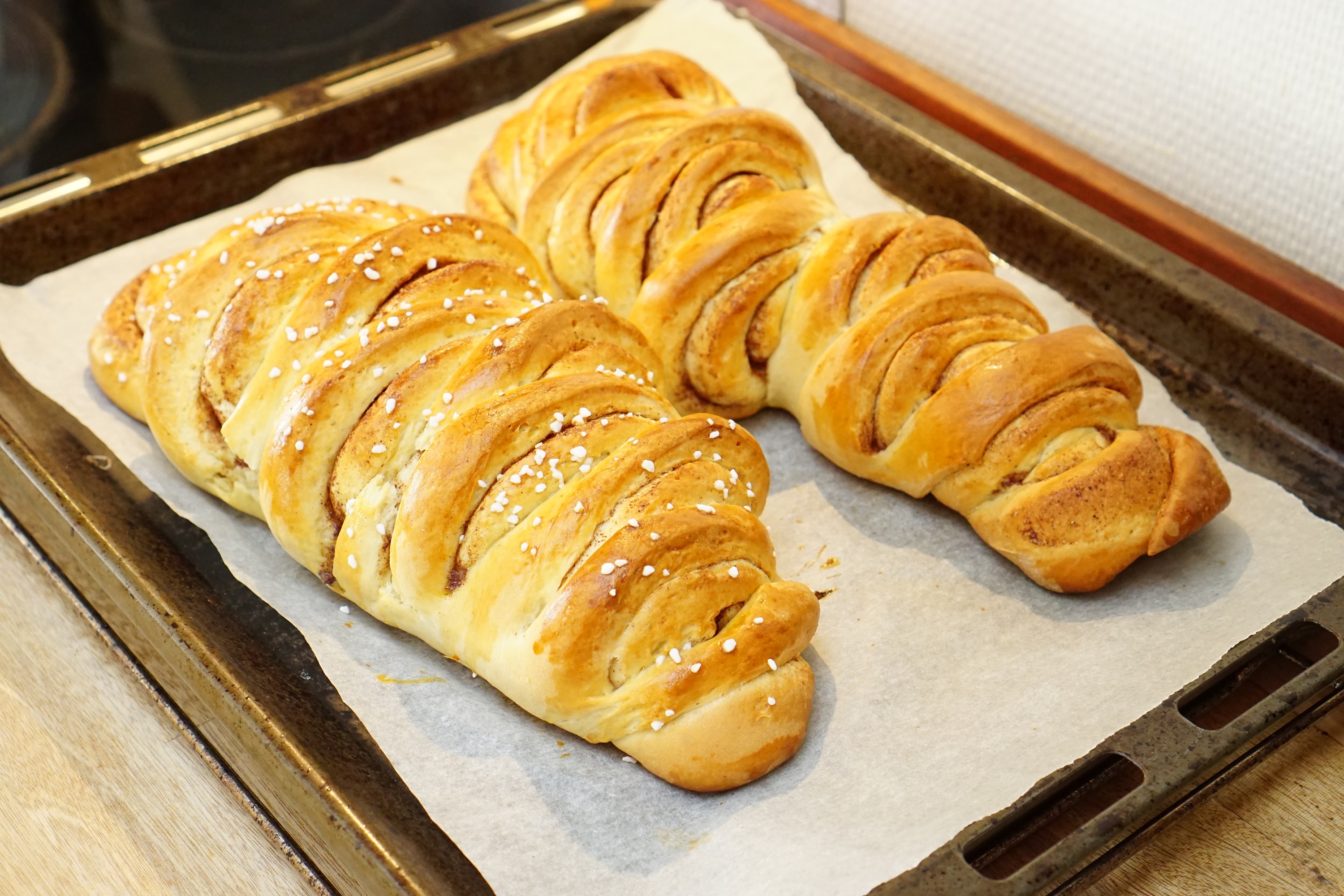